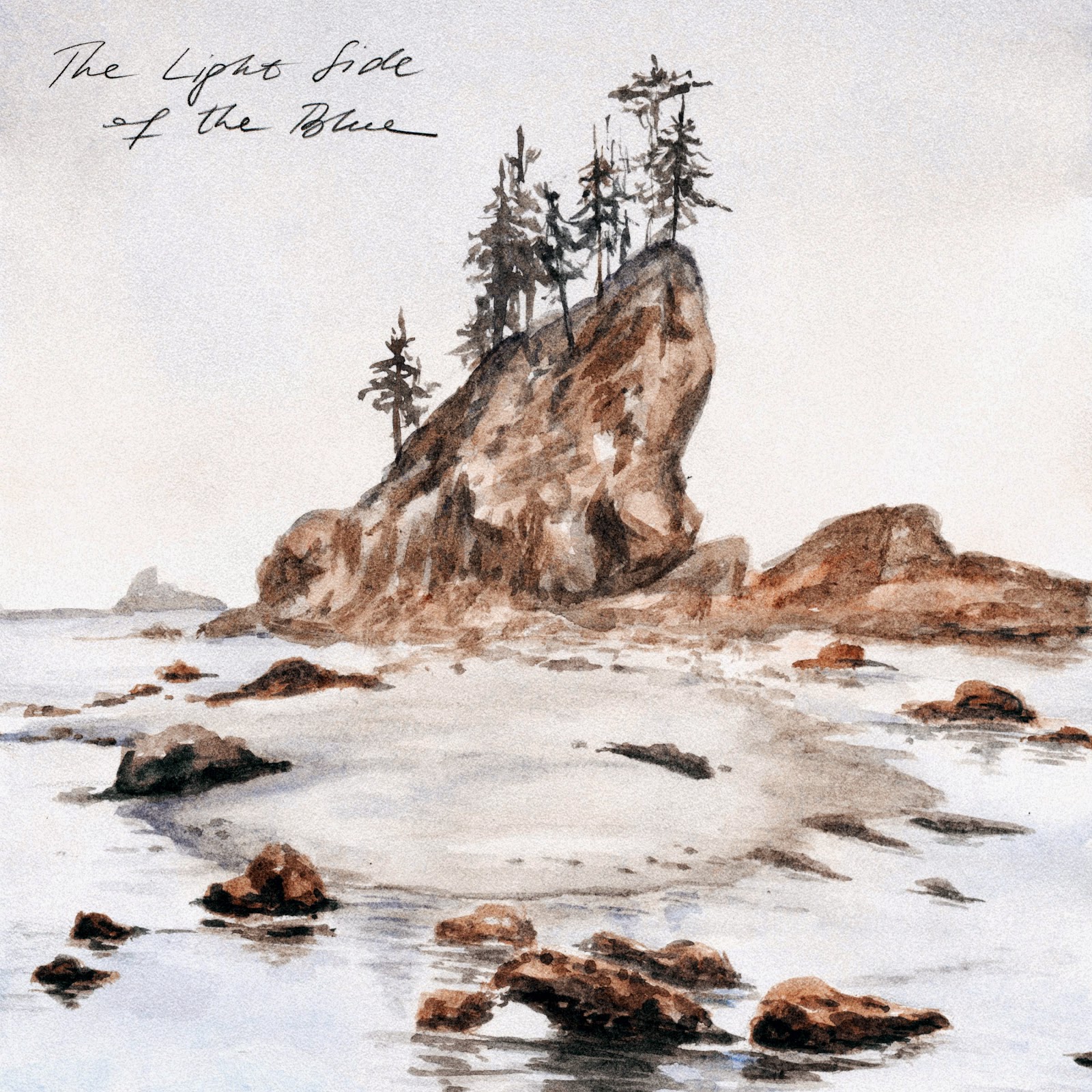 "The Light Side Of The Blue" is a sequel to "Wordless" compiliation, which is the result of the creative colaboration between Southern City‘s Lab Label and producer Hank Hobson in search of talented electronic stage musicians. However, contrasting the previous work executed in gloomily vast tones of ambient and glitch, the compilation offers a wide range of styles from jungle and jazzstep to Berlin school. The sequence of tracks is developed in a way that turns it into a novel, written with sounds and tunes. Into a fantastic story where the main character, finding it no more possible to bear his daily routine and seeking seclusion, runs away towards the sea...to another planet.

It all starts with the surrealistic absurd of Mutafory Lili telling with their both comic and psychodelic track about the daily life of our protagonist, where if you listen closely you can realise that he is about to break down. Then the action is transferred to the cosmoport, where Pk jazz Collective, toying with the new wave, is singing a song of mourn and sorrow, maybe even of the lost love. Lost radiance are painting admirable soundscapes, showing all the beauty of the deep space. Finally the duo of Sexyalien & Hank Hobson ($IMDC) is depicting some difficulties during the flight of the spaceship.

After that we are setting off for an automobile ride consisting of three chapters: crazy races across the megapolis by Hobotek, a ride along the highway in tune with jazz by Sobrio and the last few kilometers along the rough coast by Eva Shlegel.

And here comes the seclusion, where being alone with the self, nature and darkish atmosphere, perfectly rendered by SandSpace & lost-radio, D-lity & Amaranth will tell a story about the long-desired evening at the seaside.